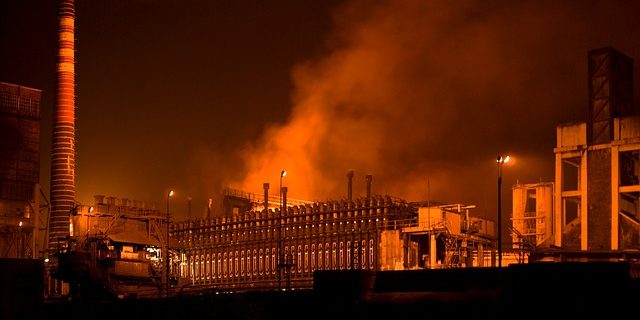 The latest figures from the Markit/CIPS PMI index show that growth in the UK Manufacturing sector picked up in January. The index, created by Markit Economics, publishes the previous month’s figures at the beginning of the following month. The UK Manufacturing PMI was 53.0 in January, 1.5 points higher than it’s long run average (Jan 1992 – Jan 2015) of 51.5. Any reading above 50 means that growth occurred in the sector that month, and anything below 50 means that there was negative growth.

There are five main factors that have influenced this month’s reading:

1. As many of the businesses in the manufacturing sector are resource-intensive, operational costs are heavily influenced by the cost of oil, and therefore lower oil costs have reduced costs for manufacturers.

2. Following on from the first point, lower inflation (mainly due to lower oil prices) has helped to further reduce costs for manufacturers.

3. Poor growth figures in December led to manufacturers dropping their prices, which has further bolstered demand for their products.

4. All of the above have led to increased domestic demand from businesses within the UK.

5. There has also been an increased level of demand from businesses from other Eurozone countries.

The picture across different countries has been more mixed, with some countries such as Greece, where the PMI was at a 15-month low, experiencing negative growth in their manufacturing sectors last month. However, Ireland’s PMI for January was the highest it’s been for eight months. Rob Dobson, a senior economist at Markit, commented on the data and said that people should not be overly optimistic about the recent figures:

“UK factories reported a welcome upturn in growth of output and order books at the start of the year, but producers clearly remain stuck in a low gear.”

“At this rate, the sector will provide little meaningful boost to the economy in the first quarter.”

The average growth across all of the UK sectors was even more impressive, with a reading of 56.9, compared to 55.5 in December. Chris Williamson, chief economist at Markit, commented on the recent figures: “The January PMI surveys signalled a reassuringly robust start to the year for the UK economy, indicating a quarterly rate of GDP growth of just over 0.5%.

“The data will allay fears that the economy is slowing sharply, having merely seen growth cool during the winter to a more sustainable pace.”

The manufacturing sector wasn’t the only sector to experience strong growth in January, the services sector also got off to a strong start this year, with a reading of 57.2 (compared to 55.8 in December, a 19-month low). This was again partially due to falling inflation and lower fuel prices, although the growth is still impressive considering that many firms implemented their annual salary increases for their staff in January.

You can view the full press release here.