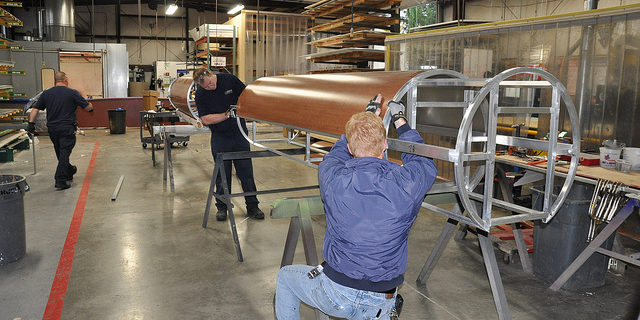 Politicians have been warned by the EEF trade body that some “hard lessons” need to be learnt, concerning the state of the UK’s manufacturing sector.

Representing Britain’s manufacturers and engineers, EEF have issued a manifesto that offers policy ideas to the three biggest political parties in the UK. At the heart of its manifesto, the EEF underlines the dangers of not looking after the manufacturing industry and engineers in the future.

EEF chief executive Terry Scuoler has voiced concerns of what he calls the “hollowing out” of manufacturing capability in the UK. Mr. Scuoler also said that it would be unwise, particularly after the financial crisis, to allow the manufacturing industry to deteriorate further.

To strengthen his argument, Mr. Scuoler pointed at a YouGov poll. The poll showed that most British voters believe that industry being strong is key to Britain’s future financial health. In the poll, some 85% of British voters think that one of the best ways of protecting the UK economy from unforeseen financial problems was by strengthening industry.

The Coalition was, however, praised by the EEF for its attempts to help innovation and boost apprenticeships. The Government’s tax environment, which has also been positive overall to the manufacturing sector, also met with EEC approval.

As a way of encouraging a bright future for Britain’s manufacturing sector, and its members, a five-point plan has been launched by the EEF.

In its document, the ‘Agenda for Government to 2020’, the EEF strongly urged the next Government not to alter things just for the sake of it. Five important areas have been identified by the EEF as in need of support. These are the need for a boost in relevant skills, by way of an increase in the number of specialist schools (STEM); giving children, including at primary school, career guidance to widen their career options for later on; ensuring that an apprenticeship will be more unaffected by short-term changes; innovation at company level being encouraged via funding. Finally, enabling a greater sense of security regarding the development of Britain’s infrastructure in the long-term. This should be done through the establishment of an impartial authority.

The EEF has also made its feelings plain on matters wider afield, too. The lobby group has stressed that it would be in the best interests of the UK to remain a member of the European Union – and for Britain to be one of the most influential countries in the EU moving forward.