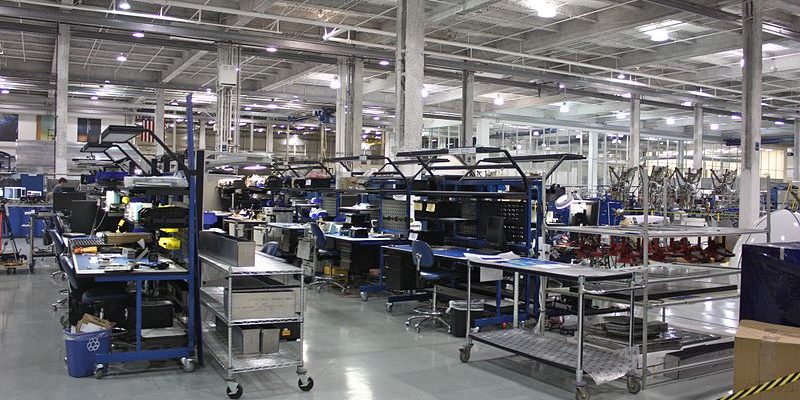 Recent statistics show that the state of the UK economy is still mixed. While manufacturing is the highest its been for eight months, productivity went down in the final quarter of 2014.

For the manufacturing sector, things look positive. Consumer demand is strong, and production levels are rising. The most recent results for the Markit/CIPS manufacturing PMI, which were for March, 2015, showed a slight increase on February’s figures. The March rise was up to 54.4 from February’s 54, and was a higher figure than for any of the previous eight months. Any reading over 50 is an indicator of growth.

However, figures from the Office for National Statistics (ONS) painted a less bright picture. Their data revealed that, in the final three months of 2014, economic productivity declined by 0.2%. This meant that productivity had dipped slightly below 2007 figures. Consequently, the data has prompted concerns that a wider economic recovery may not be able to be sustained.

Demand for consumer goods is particularly strong in the UK right now, and this played a major part in seeing new orders at a level not matched since July of last year. The Markit figures also reveal that it’s nine months since production output was increasing at such a fast pace.

The production of consumer goods was at its fastest pace since April, 2014 – and is proof of greater demand. The combination of low inflation and wage increases, albeit slowly, has subsequently increased the levels of disposable income for many.

On the downside the ONS data showed that production levels were lower among workers than they were in 2007. Though actual output per worker had increased by 0.3% this was only due to an increase in the number of hours workers were working. In terms of output per hour, levels had fallen by 0.2% compared to 2007 figures. More troubling was the claim by the ONS that a period of no productivity growth over such a long period (seven years) hadn’t previously happened at any point since the end of World War II.

IHS Global Insight’s Howard Archer believes that the state of productivity levels in the UK will be “a critical factor” when it comes to the Bank of England’s decision about raising interest rates. Mr. Archer was, though, optimistic about the future, because of manufacturing growth. Markit’s survey also revealed an increase in exports in March.