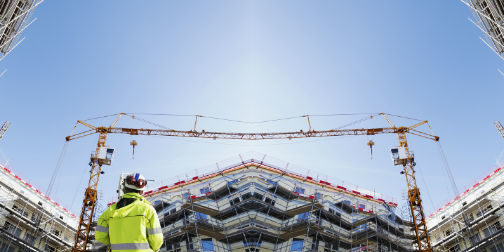 The Markit/Chartered Institute of Procurement and Supply’s monthly PMI index increased from 57.1 to 57.3 in August.

The latest report identifies strong improvements in both business activity and employment levels, as well as an easing in the availability of raw materials. The latter is credited to increased supplier capacity and lower energy costs, which has helped to hold back input price inflation.

August’s results continue a pattern of growth, with higher business activity levels recorded every month since May 2013. Although current growth is not as strong as 2014 levels, the industry is currently in its longest period of sustained growth in over seven years.

The three broad areas covered in the survey are civil engineering, commercial work and residential construction. Of the three, residential construction saw the biggest growth. This has been attributed to improving economic conditions and an increase in demand in the private sector. This is welcome news for the UK government, who have prioritised this sector in light of the UK’s national housing shortage. Commercial work has also improved, with its strongest result since June. Of the three, civil engineering showed the smallest improvement with its slowest rise in three months.

Survey respondents were generally positive about projected future industry performance with 53% anticipating an increasing rise in business activity over the next 12 months and just 5% predicting a reduction. Some companies stated that increased business opportunities and capacity limitations at their business units has allowed them to become more selective about the projects they choose to take on.

The increased rate of job creation in August was bolstered by the number of new project starts and increased workload. It has also led to an increase in sub-contractor usage which has seen the fastest rate of improvement since February. There has been a corresponding increase in sub-contractor charges which have risen sharply from earlier in 2015, despite the rate of inflation being at its lowest since April 2014.

At County Finance Group we provide finance options to facilitate work within the construction industry. Find out more about our Finance Solutions here by emailing us at sales@countyfinancegroup.co.uk or call us on 01455 200 150.